USEA is a statewide 501(c)(5) nonprofit organization that represents the Education Support Professionals (ESPs) in Utah’s public education system. Our members include clerical services, custodial and maintenance services, food services, health and student services, paraeducators, security services, skilled trades, technical services and transportation services.  The individuals in these roles are essential to quality public education and student success. We offer multiple scholarships to individuals looking to enhance their education. It is our hope that this annual event will allow us to extend our offerings to students that are looking to further their education.

An article written about Tim from Loretta Park at Standard Examiner

KAYSVILLE — After Tim Wangsgaard died in a motorcycle crash last week, friends and family described him as a “gentle giant” who worked hard to provide for his family. 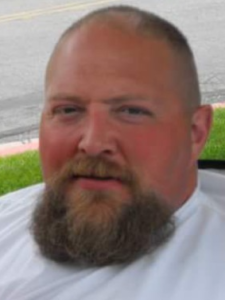 Wangsgaard, a father of six, died after his motorcycle collided with a vehicle Thursday, April 7, at Antelope Drive and Main Street in Layton. He was 45 years old and worked as head custodian at Centennial Junior High School.

“When I have waves of sadness, I look at his photo, and I see his eyes. They were loving, caring eyes,” said Aaron Hogge, the school’s principal.

In 2011, Hogge hired Wangsgaard as head custodian, one of the school’s key personnel.

“He was a godsend to me ever since then,” Hogge said. “Tim was a bright, articulate man who was sensitive and very tactful.”

Many who worked with Wangsgaard called him “Tiny Tim,” a joke stemming from his tall stature.

Hogge said he and Wangsgaard had a lot in common — both had six children and were just a year apart in age. Many times the two men would talk about their families and the struggles of raising kids, Hogge said.

Wangsgaard, a mechanically gifted man, was known for being able to fix anything. He also worked at a state liquor store part time to provide for his family.

“Tim was a very religious man and hard-working man,” Hogge said. “There was nothing beneath him that he wouldn’t do to provide for his children to make sure they had what they needed.”

Hogge said Wangsgaard always made sure the junior high’s faculty members had what they needed, whether that meant moving a light board, installing a pencil sharpener or helping organize a classroom.

The mood among the junior high’s staff and faculty has been somber this week, Hogge said.

Wangsgaard’s family is in a state of shock as well. His cousins, Paul Johnson and Wayne Johnson, both of West Point, said they spent almost every summer with Wangsgaard, taking care of their grandfather’s cherry orchards in Kaysville.

Wangsgaard and the two cousins, who are twins, were inseparable. “Tim would tease saying we were triplets, even though he was so much bigger than us,” Paul Johnson said.

“He was big, but he was so gentle,” Paul Johnson said. “He cared about people, he really cared.”

According to Paul Johnson, Wangsgaard’s mechanical talent and love for fixing things started at an early age.

“He loved to build forts and huts everywhere. So much so, our grandpa would get after us because he’d find some structure blocking an irrigation ditch or out in the field,” Paul Johnson said.

Wayne Johnson spent more time with Wangsgaard after the they married two sisters. When Wayne Johnson got engaged, he and his wife-to-be set Wangsgaard up with her older sister, Kristine.

Friends and family both describe Wangsgaard as a man who would do anything to help his family. Wayne Johnson said that right after his first child was born, Wangsgaard made sure he was taken care of during a rough patch.

“We were struggling, and I don’t know how Tim found out, but he got some family members together, and they showed up with a big truckload of groceries,” Wayne Johnson said.

Natalie Whicker, the Johnsons’ younger sister, has set up a GoFundMe account in hopes of raising money to help the Wangsgaard family.

The public is invited to participate in a one-mile motorcycle escort from the church to Kaysville City Cemetery. Whicker said participants should be lined up and ready to leave the church at 3 p.m. Friday.